Hi everyone, here is the second devlog of Rakugo 3.3.

Now I see that new Rakugo release won’t be ready in this month, but if everything goes as planed then it will ready in next month.

In this devlog, I will talk about last changes in Rakugo, new ideas and theLudovyc joining the team. theLudovyc will help me with the development of Rakugo and will develop visual scripting plugin for Rakugo dialogue-system.

Few words from theLudovyc, who is now a member of the team:

I am developer for 10 years now. I discovered Godot few years ago and I created a French community around it. Not long ago, a member of my community used Dialogic and had few bugs. So to help him I dive into code. The worst I saw was the amount of disk-access. I made PR with refactor and talked with devs, but they didn’t want my help. So I created my own plugin GDialog based on it, with refactor and new things. Two weeks ago I saw a tweet of Jeremy saying he wanted help. I offered my help and he said yes! Now we are working together on Rakugo and I’ll help him to merge visual editor on it 😃.

Have a good day !

If you want to help me, you can join the dev team on Discord: https://discord.gg/WXDu6wX

We decided that splitting Rakugo to separated plugins is a good idea. Rakugo Kits will be a sets of Rakugo + other addons + gui template + project.godot file for given game genre:

RakugoTextLabel was separated from Rakugo and turned into AdvancedTextLabel a part of ➡️ [AdvancedText] addon. It’s a new node that will be used in for displaying text in Rakugo’s GUI templates.

About Markdown support: AdvancedTextLabel use RichTextLabel as base for it so we are limited by Godot’s BBCode supports. But Godot’s BBCode also adds some non-standard stuff, like effect, so this Markdown is a bit different from standard ones. 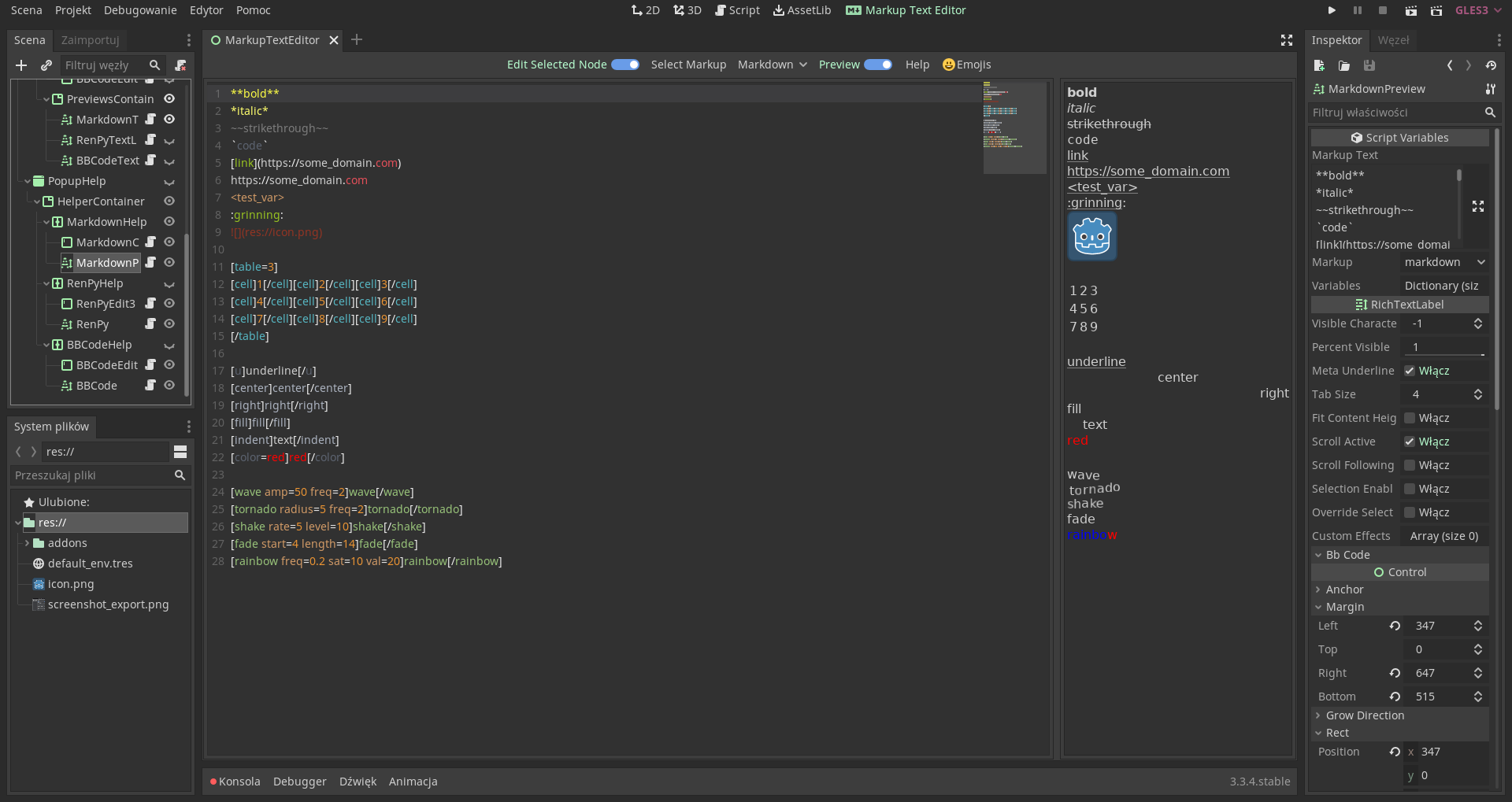